ASEP_Phil – Technical Assistance for Access to Sustainable Energy in the Philippines

July 20th 2016 – The last days of the school year are traditionally used for field trips by many Berlin schools. This year, the RLI invited a ninth grade class from Alexander-Puschkin-School in Friedrichsfelde for a tour across Südkreuz train station, to learn about renewable energies, e-mobility, and urban smart grids.

July 19th 2016 was the day: 26 students gathered on time in the entrance hall of the train station. Norman Pieniak and Alexander Wanitschke, both researchers in the “Mobility with renewable energy” team at RLI, lead the class to the information screens on the Ringbahn platform first. There, they explained the components of the research project and the students had the opportunity to play the project’s demonstrator game with their smartphones.

The class then moved on to the wind energy plants, the solar panels, the battery, and the charging station for electric cars and asked many questions about each component. The students were especially surprised to learn that the small wind energy plants look entirely different from the large ones that can be seen just outside Berlin. Further wonder and surprise was caused by the electromagnetic induction charging station for the electric BVG buses of line 204. A work sheet that the students filled out during the tour tested what they had learned right away – the student with the highest score was awarded a price afterwards.

“We had a lot of fun to present the results of our research under real conditions to students”, says Norman Pieniak. “The class asked really good questions and was generally very interested in renewable energy. It’s nice when you can share your knowledge in such a direct way.” 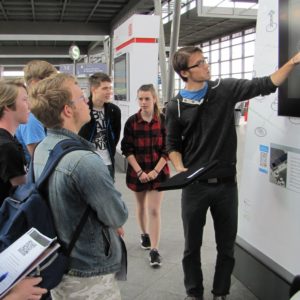 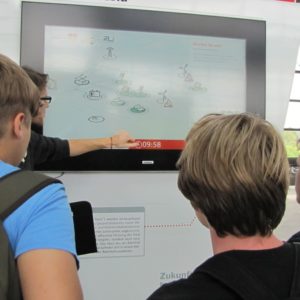 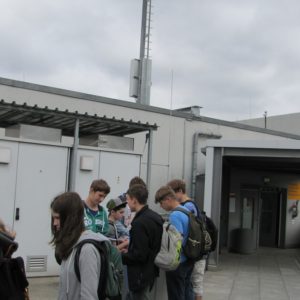 The class in front of the small wind power plant | © Photo: RLI 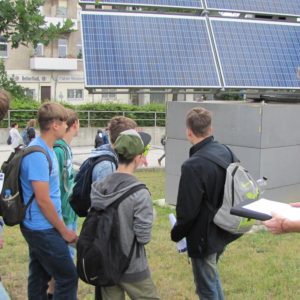 The class in front of the solar mover | © Photo: RLI 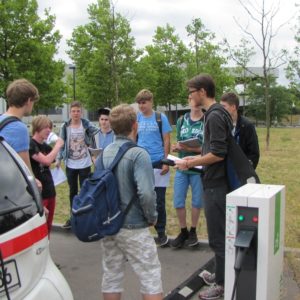 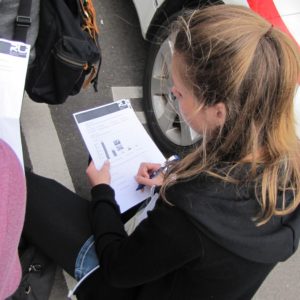 A student fills out the work sheet | © Photo: RLI