Development, testing and assessment of intelligent operating strategies for different components and the main controller of the hydrogen refueling station at BER airport

The objective of the H2BER project was to determine the optimized technical layout and mode of operation of a hydrogen refueling station. In order to achieve this, project partners Total, Linde, McPhy and 2G added hydrogen (H2) as a fuel to the existing refueling station at Berlin airport BER. Passenger cars with 700 bar hydrogen storage can be refueled as well as 350 bar vehicles (busses as well as passenger cars).

In these vehicles, hydrogen together with oxygen is transformed into water, electric energy, and heat. The produced electric energy is used by the car's electric motor in order to power the vehicle. Thus, harmful emissions can be avoided and noise pollution can be reduced considerably – an important step towards sustainable mobility.

In order to avoid emissions from occurring during the production of hydrogen instead, so called "green" hydrogen is used at the refueling station. This hydrogen is produced at the station through electrolysis using water and renewable energy. Before it can be refueled into the vehicle, hydrogen must be compressed to the required pressure in several steps. Furthermore, H2 buffer storage is necessary. In this project, different storage technologies were utilized. Besides gaseous low, medium and high pressure storages, a metal hydride storage system was tested for the first time in Germany. The produced H2 was not only used for refueling vehicles, but can also be used in a combined heat and power plant (CHP).

The aim of the project was to reduce the costs of hydrogen production by optimizing the technical layout of each component. With the aid of an intelligent mode of operation, the prime cost of hydrogen could be reduced in each scenario – especially when coupling the refueling station with a wind turbine, significant effects were observed. 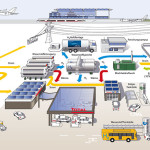 The refueling station at BER airport with all its components | © Image: Courtesy of TOTAL S.E. 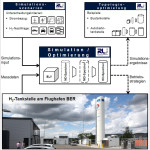 Diagram of optimized topology and operational strategy of the refueling station | © Image: RLI 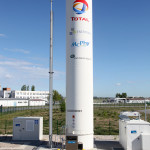 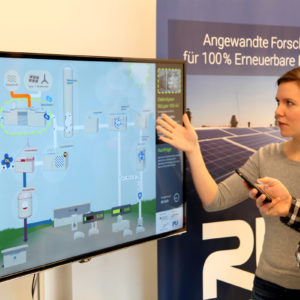 The demonstrator allows users to understand the functionality of the refueling station and to control it using a smartphone | © Image: RLI

Within the research project, the RLI focused on the following tasks:

After the research project has been completed, the RLI concludes the following results: 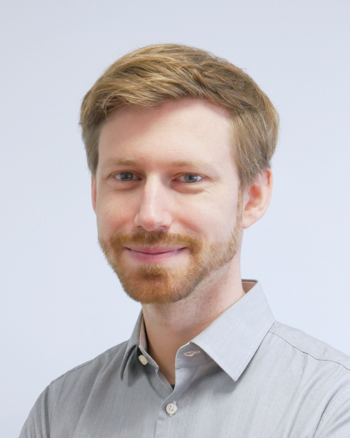