December 7th 2017 – As part of the project EnerPHIL, a seven-member delegation from the University of the Philippines visited Berlin from November 6th-17th 2017. EnerPHIL is a joint research project for the development of a research network on renewable energy between Germany and the Philippines. The study trip, hosted by Reiner Lemoine Institute, was one of the first opportunities to discuss questions of sustainable energy supply on the Philippines in detail.

The researchers from the University of the Philippines attended a number of workshops in order to exchange knowledge and foster research collaboration including:

As a live showcase of renewable energy in Germany, the Philippine delegation visited the town of Feldheim, Brandenburg, which is powered 100 percent by renewable energy from solar, wind, and biomass. Also, the group was welcomed by Younicos AG, a German energy storage company based in Berlin, where Philip Alexander Hiersemenzel shared some insights regarding the company’s experience in putting up micro-grid systems in Azores Islands in Portugal.

In advance of the fireside discussion and dinner scheduled for November 8th, the Philippine delegation, together with representatives from RLI and the German Federal Ministry of Education and Research, was invited to dinner at the residence of the Philippine Ambassador to Germany in Nikolassee, Berlin. Her Excellency Melita Sta. Maria-Thomaczek, the ambassador, welcomed the group. They also met Consul General Donna Rodriguez and Consul Catherine Torres.

The fireside discussion and dinner on November 8th took place at the EUREF-Campus with Consul Catherine Torres and representatives from the Deutsche Gesellschaft für Internationale Zusammenarbeit (GIZ). The discussion focused on research collaboration in the area of renewable energy and its added value for the development goals of the Philippines.

As part of the visit, Paul Bertheau and Clara Jütte presented the draft of a survey questionnaire aimed to assess the effects of access to full, reliable power from renewable energy on people’s lives to the Philippine delegates for commentary and suggestions. The questionnaire will be used in an upcoming trip in Cobrador Island, Romblon in the first half of 2018. 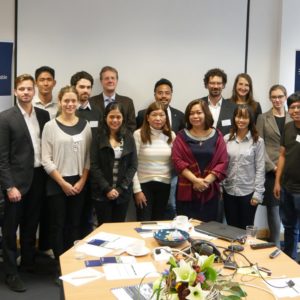 Opening of the EnerPHIL Study Tour in Germany 2017 | © Image: RLI 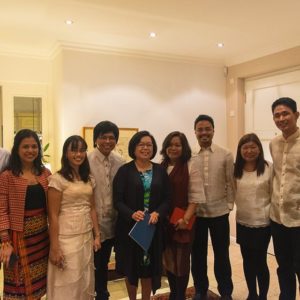 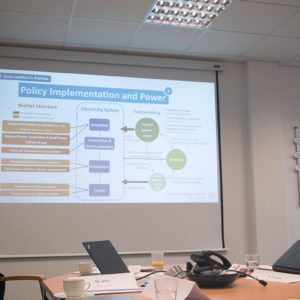 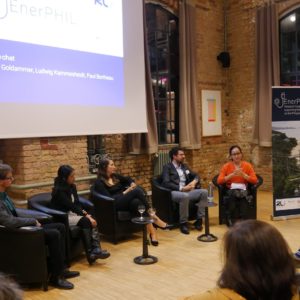 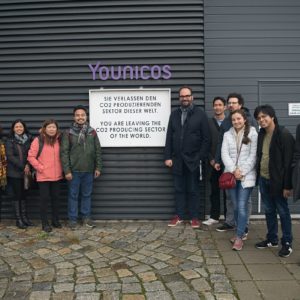 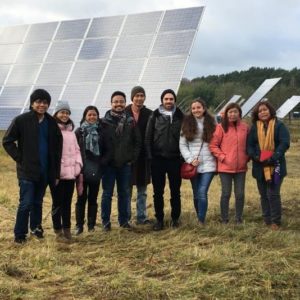 The group at the Feldheim solar farm | © Image: Philipp Blechinger 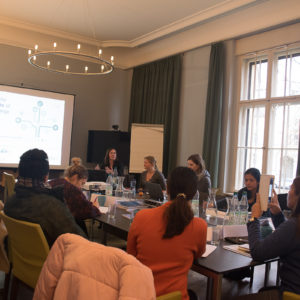 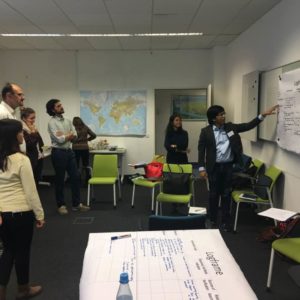 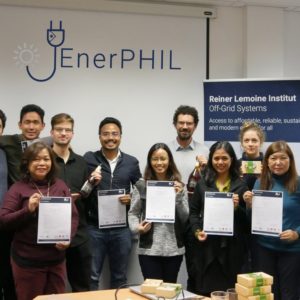