RLI is a partner in the GRECO Poject on Open Science

July 11th 2018 – A delegation of Reiner Lemoine Institute visited the Philippine capital Manila in context of the EnerPHIL Project. The first symposium on German-Philippine exchange on the Energy Transition on June 13th 2018 was the highlight of the week. It was organized by RLI in cooperation with the University of the Philippines, supported by the German Embassy in Manila. The aim was to encourage research cooperations focusing on renewable energy between the two countries and to discuss their possible benefits for the development goals of the Philippines.

For RLI, Philipp Blechinger, Paul Bertheau, and Nicolas Commeignes from the research field Off-Grid Systems travelled to Manila for one week. Their visit began with a one-day lecture series for Philippine students, in which German researchers presented current projects and introduced the issues of the energy transition in the Philippines. Jens Marquardt from the University of Halle spoke about political decision-making concerning Energy Transition issues, Nguyen Thinh from TU Dortmund explained the use of GIS programs for the planning of energy systems, Thomas Pfeiffer from HU Berlin presented his “action and decision-based” method for Energy Transition research projects and Philipp Blechinger from RLI spoke about the hybridization of island networks with renewable energy.

The symposium itself took place two days later and included around 70 participants from research, politics, NGOs, and the private sector. The lectures and discussions focused on the first results of the EnerPHIL project (Energy Transition on Philippine Islands), which the RLI is currently conducting together with international partners. The German Embassy has selected EnerPHIL as a particularly exemplary project in this thematic area and, thus, initiated the symposium. 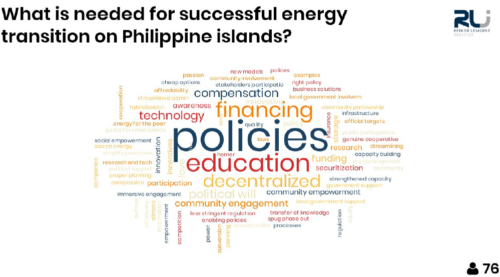 Suggestions for research topics submitted by the symposium participants | © RLI

Together with the guests, including Philippine politicians, representatives of the Department of Energy, the Asian Development Bank, and German foundations, the symposium offered the opportunity to evaluate and discuss initial proposals for research cooperation.

Roland Schissau, Chargé d’Affaires at the German Embassy in Manila, opened the symposium and emphasized in his welcome address the importance of German-Philippine research cooperation in order to further strengthen the friendly relations between the two countries. Philippine Senator Sherwin Gatchalian and EU delegate Willy Hick gave further greetings. Both spoke about the energy challenges the Philippines as an island state are facing and the common goal of the UN, the EU, and the Philippines themselves to give all people access to affordable, reliable, and sustainable energy. The keynote speech by Mylene Capongcol, Head of the Renewable Energy Management Bureau of the Philippine Department of Energy, led to the presentation session of the symposium. She showcased the state of development of renewable energy sources in the Philippines and gave insights into the Ministry’s work, such as standards that were developed to achieve the expansion targets.

Result of a live survey during the workshop: Most participants regard policy as the most important subject for energy transition research. | © RLI

One of the main results of the symposium is that the urgency for future research projects is seen less in the area of technology by the guests, but that solutions for social and political questions are regarded as decisive for the progress of the Energy Transition in the Philippines. Future research collaborations should take social science aspects into account and expand their spectrum. Sufficient funding for such projects was mentioned as an important prerequisite. A follow-up project to EnerPHIL with a stronger social science focus was discussed as a possible option, as was the establishment of a research centre for renewable energy in the Philippines. The symposium concluded with an evening reception at the embassy residence, where the participants continued the debate in an informal setting.

Another item on the agenda of the RLI delegation’s manila trip was a workshop with decision makers, which followed the symposium and in which a project outline for a possible EnerPHIL follow-up project was prepared. This will eventually be submitted with suitable funding bodies.

“We had a wonderful week and very constructive exchange in Manila with the symposium as a big highlight”, Philipp Blechinger, Head of the RLI Research Field Off-Grid Systems, sums up the trip. “The cooperation with the Philippine institutions and the colleagues from the University of the Philippines was and is very successful and we are very pleased that there will most likely be a follow-up project to EnerPHIL. Due to the available resources and the socio-economic situation, the Philippines are also an exciting research field for renewable energy topics and a country that urgently needs nationwide access to affordable, reliable, sustainable, and modern energy for all. We at RLI are committed to the Seventh Sustainable Development Goal of the United Nations and would like to make a further contribution with this cooperation”.

Further information about EnerPHIL can be found on the project page. 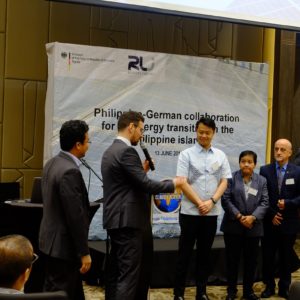 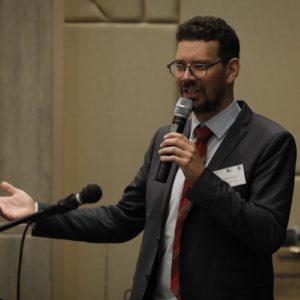 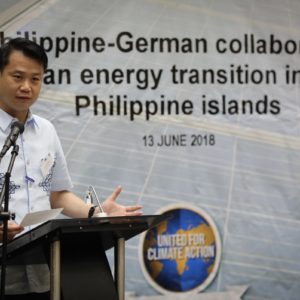 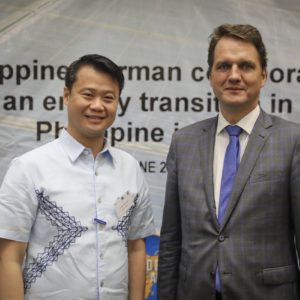 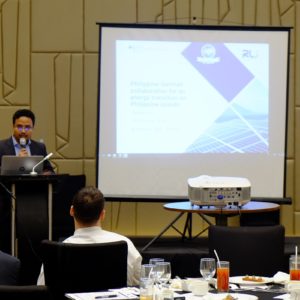 Joey Ocon from the University of the Philippines during his presentation 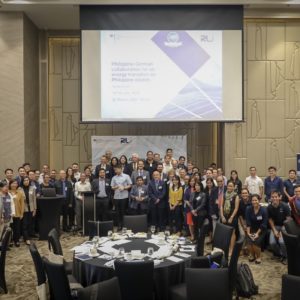 Group picture of all symposium participants 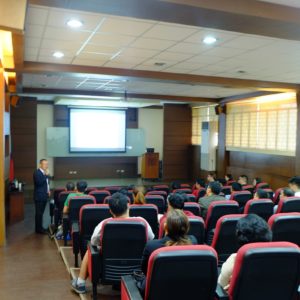 Nguyen Thinh from TU Dortmund during his presentation 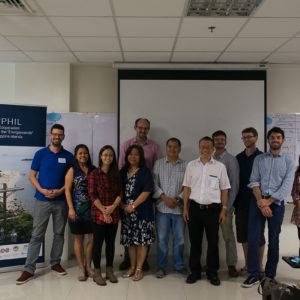 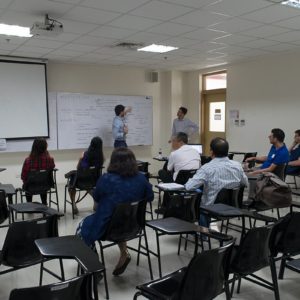